So today on the innovation front we have something of a double header for you. Both concern solar power and show a huge amount of potential for the future of green energy. So without further ado, here’s Google’s Project Sunroof and Nur Energie’s TuNur project.

Wait, really Google? Again? Already? I just covered your technology in last week’s article! You’re not even in the AEC Industry!

Ok, fine, you can have a spot in this weeks article as well. Just… promise you’re not going to take over the world? Oh. You already have. Right.

So in their quest to create every piece of useful technology ever, Google has engineered Project Sunroof, a tool that allows the user to calculate “the best solar plan for [them]”. Carl Elkin is the lead engineer on the project and says in a blog post announcing the project that his inspiration came from his surprise at how many people believe that solar energy couldn’t save them money because “‘my roof isn’t sunny enough for solar,’ or ‘solar is just too expensive.’” In reality, many could reduce their energy bill and make their homes a little more green through the use of solar energy.

Project Sunroof aims to educate people on just how much they could save using solar energy and “to make installing solar panels easy and understandable for anyone”. The project is currently in the test stage, so if you live in the San Francisco Bay Area, Fresno or the Boston area all you have to do is enter your address here and google will give you your “personalized roof analysis” in addition to connecting you to local solar providers. How, exactly, is this accomplished? Well, first google looks up you address in Google maps, then uses other databases to calculate how much sunlight hits the roof of your house annually. It considers, according the Project Sunroof webpage, “Google’s database of aerial imagery and maps, 3D modeling of your roof, shadows cast by nearby structures and trees, all possible sun positions over the course of a year, and historical cloud and temperature patterns that might affect solar energy production”.

Rooftops from the perspective of Project Sunroof

If you’re slightly alarmed at how much Google knows about your homes’ location, shape, size and surroundings… me too. But don’t worry, this is nothing! I mean, once we start using their self-driving cars, they’ll also know everywhere you go and when you go there! Really makes their knowledge of our roofs inconsequential, if you think about it that way.

All kidding and creepiness aside, Project Sunroof has a lot of potential to educate the masses on how practical solar energy really can be. Unfortunately, for some odd reason, they haven’t gotten around to mapping out rural southern NH’s rooftops, so I’m not sure how much solar energy could save me, but I hope that Project Sunroof makes it here soon so I can find out.

With the TuNur Project, we have the classic example of an idea so simple, it just might work. Why don’t we put somesolar panels in the sunniest place on earth, and use the energy generated to power surrounding countries!

TuNur is a “solar-powered renewable energy initiative” backed by Low Carbon, a company that invests in, owns and operates renewable energy projects, and Nur Energie, a multi technology solar power plant developer based in the mediterranean region, that plans to create a massive solar plant in the Tunisian Sahara that will provide power to millions of European homes.

According to Martin Denholm in his article for WallStreetDaily.com, the sun shines for nearly half of the 8,765 hours of the year (approx. 3,000 to 4,000 hours depending on the year) and the temperature hovers between 100 and 115 degrees fahrenheit. The proposed solar plant would be around 100 square km and wants to power at least 2 million homes in Europe by 2018. And rather than using the traditional photovoltaic panels to convert the suns energy directly into electricity, TuNur will utilize CSP (concentrated solar power) Tower technology. CSP Towers consist of a field of flat mirrors known as heliostats that track the sun and a “Central Receiver” tower where the energy is actually generated. The heliostats gather and concentrate the suns energy to a boiler that sits atop the Central Reciever Tower and converts the liquid inside to steam which travels to a steam turbine to generate electricity.  CSP Tower Technology is cheaper than most Solar technologies because of the use of flat rather than curved mirrors and have a higher solar efficiency because the mirrors track the sun on two axes rather than just one. They also have up to a 90% lower water consumption than other CSP technologies and can be built on a variety of terrains. The power generated by this plant will then be transported to the Tunisian coast and cross the Mediterranean via an underwater cable to a power station in northern Italy before finally being sent to the UK.

Chris Goodall of The Ecologist reports that The TuNur plant is estimated to have the capacity to provide 3% of the electricity annually consumed by the UK. While that may not seem like a lot, consider this; 30 solar farms equivalent to TuNur would provide almost all of the electricity needed in the UK while the plants themselves would only take up 3,000 square kilometres. But wait, you might say, 3,000 km is pretty big – well not when compared to the 9,400,000 square kilometres of the Sahara. In fact, using TuNur style power plants to power all of the UK would only take up 0.03% of the land in the Sahara.

Seeing the Sahara desert as a viable resource for anything except shitty movies starring Matthew McConaughey is so contradictory to our conception of the desert that it is strange to even type. Yet in a few decades it is very possible that rather than racing to claim the oil in the Middle East, people will be vying for a spot in the Sahara to set up a few solar panels. Repurposing one of the most hostile locations on earth to give green power to millions is exactly the kind of innovation we should be celebrating, and leaves us only with one question. Since solar power technology has been around for more than 100 years and the Sahara has existed for thousands, how have we not done this sooner!

About the Author: Alanna Lynch

Alanna Lynch, in addition to being the standard sarcastic and pop culture obsessed twenty-something, is a full time writer for BUILTR. Her interests include travel, literature and, of course, the AEC industry. Writing for the built environment sparks both her creativity and her interest in technology, and allows her to be a part of an industry that affects every aspect of life and shapes the world.

All the best industry
news, without the
noise. Delivered daily. 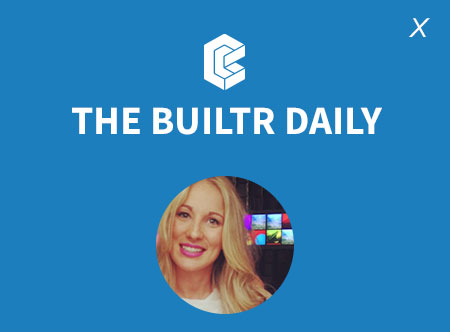 “I never knew I was missing out on so much that is happening in the industry! Thanks for catching me up!”

We don’t spam and you can unsubscribe at anytime